This blog serves as a behind-the-scenes peek into the life and journal of an interdisciplinary artist. Learn more at merliguerra.com or luminariumdance.org, and thank you for reading my thoughts on setting the visual and performing arts into motion.

It's no small feat to fill a theater on a chilly winter night in Boston, yet Chun-jou Tsai's The Dream Project succeeded with an over-sold crowd packing the chairs and floor of Green Street Studios' modest space.


The buzz of supportive excitement was palpable, met with a tinge of tender humor watching third-grade performer Jasmine Teng shakily hold a series of intricate poses pre-show. Teng, an award-winning artist in her own right, is an impressive performer at her young age. When the performance began with a distanced duet between Tsai and Teng, the two moved seamlessly with adept precision and elastic flexibility. Serving at times as a glimpse into Tsai's past, and at others perhaps her inner child, the duet set the scene for the show, and turned our focus to Tsai as its pivotal character.

The beauty, yet difficulty, of Tsai's choreographic style stems from its breath of quick staccato foot and hand gestures to its luxuriant full-bodied twists and rolls through the spine. Unfortunately, not all of the company can keep up. While all technically strong, most lacked the emotional and physical clarity that makes Tsai such an intense force on stage. Still, dancers Wisty Andres and Jorge Delgado should be commended for rising to the challenge and beautifully executing Tsai's choreography to the fullest.

There were a few aspects of the show that, in its current form, held the view back. For one, the work was disappointingly short! Despite starting half an hour late (with the audience waiting uncomfortably on the stairs at an unattended box office), the performance ended at 9:10 after a mere 40 minutes of dance. While it's true what they say "Leave the audience wishing for more," the show could have benefited from one final sequence to tie everything together, while serving up a meatier night of theatre for its viewers. The choreography, too, could benefit from a little variation and smoothing: At times, the quick tempo of all performers onstage was so uniform that it became cumbersome for the eye to follow for a ten-minute stretch; at others, the company's impressive acrobatic lifts were handled overly laboriously to the point of taking the audience out of its trance and simply worrying for the safety of the dancers. Within the larger context of the work as a whole, these are small details that with some future tweaking and caressing can easily heighten the work to the next level.


By the end of the evening there were two works which stood out the most: One, a gorgeous trio between Tsai, Delgado, and Brian Washburn (another excellent dancer who disappointingly never reappeared, even in the work's climactic closing scene); the other, a captivating solo featuring Tsai. The trio, with its intricate entanglement of detailed lifts, leaps, and limbs, was breathtaking. These three perform so well together that their bodies seem linked by an invisible force, each landing in exactly the right spot, providing just the right foothold for the next. Emotionally, the work brought to mind simultaneously an inner struggle and the need to mentally (and physically) take a moment to pause. Similarly, the solo reached a heightened level of emotional and physical endurance. Though alone on stage, Tsai's movements were mimicked, balanced, and at times surrounded by a large-scale video projection against the back wall featuring black dots of ink bleeding into unseen water. The two came together harmoniously, creating a sinuous duet with both ink and dancer spiraling through the depths of the mind.

It's not often we see such high-caliber performers and attention to detail in a debut performance such as this one. If her work continues to progress from here, Tsai promises to become another leading voice in the Boston arts scene. Special mention should made made, too, of the thoughtful costuming (Eugenia Kim), video animation (Bowie King), and lighting design (Hai Dang Nguyen) that so well complemented the movement onstage.

To learn more about The Dream Project, visit the event page.
Posted by Merli

Looking for something? Search my blog here!

Sometimes images can capture moments better than words... Follow me on Instagram for fashion, home decor, curiosities, and little treasures. Add a little home comfort to your feed.

My name is difficult to pronounce. Think of it as "Mare-Lee." 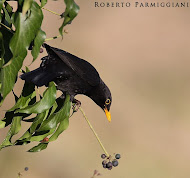 "Merli" literally means "blackbirds" in Italian. Specifically, it is a small, black songbird called the Merlo. Merli was my great-grandmother's maiden name, having lived much of her life in Northern Italy on a silk farm near Milan. Though I've had many hilarious mispronunciations over the years, it is a beautiful name from an incredible woman and I am happy to have it!